Reid Saaris graduated with the IB diploma from Interlake High School, US. He completed his undergraduate studies at Harvard University and later received his master’s in both business and education from Stanford University. He is now the CEO and Founder of Equal Opportunity Schools, leading collaboration with US school districts to increase the number of low-income students and students of color who enroll and succeed in rigorous advanced coursework including the IB Diploma Programme (DP). 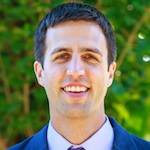 "The DP was the first time in my education when I was invited to think like a scholar."

My mom was a career public school counselor and pointed me in the right direction – towards DP classes and the full IB diploma. Unfortunately, my equally capable best friend, Jamie, was overlooked for IB programmes. His mom had never attended high school and as a single mom raising five kids, she didn’t have time to help him figure out how to navigate the high school bureaucracy she’d never been a part of.

The DP was the first time in my education when I was invited to think like a scholar – to examine my ideas and those of others closely, and to develop meaningful and impactful analyses and projects that could make the world a better place. The IB diploma opened the doors to Duke, Harvard, and Stanford for undergraduate and graduate experiences, as well as to teaching IB and becoming an IB coordinator, and eventually becoming the founder and head of a national non-profit called Equal Opportunity Schools (EOS).

In contrast, my best friend has spent the past couple decades trying to make up for what was lost at that juncture in our lives when we were sent off on different educational paths for no good reason. In my current work at EOS, we focus on ensuring that no student goes missing from the classes they need and deserve – especially when they’re literally just across the hall.

As an IB teacher and coordinator, I encountered a student who reminded me of my own best friend who’d been overlooked for the IB diploma. He was passionate and capable, but being under-estimated. When we changed his schedule and he did well in the full Diploma Programme, I thought we needed an initiative to make sure that no students were being missed – and especially talented low-income students and students of color who were not equitably included in our IB programme.

“The students were ready – they just needed equal opportunities to succeed at the highest levels. So I began a collaboration to look at access gaps across the country.”

When we closed access gaps to IB programmes in that school, we saw the IB exam scores go way up. The students were ready – they just needed equal opportunities to succeed at the highest levels. So I began a collaboration to look at access gaps across the country, and found that most diverse high schools with advanced academic programs were under-serving about a hundred “missing students” per year. With the help of funding from Stanford Business School, we launched Equal Opportunity Schools, which has since upgraded nearly 50,000 “missing students” to advanced high school courses.

I have vivid memories of Del Dolliver, my IB psychology and theory of knowledge (TOK) teacher filling up white boards with students’ ideas, scribbling madly to keep up with the conversation, wiping out words with his hand as students clarified their thinking, and then pausing to put his hand to his temples (smearing marker there) as he contemplated an interesting idea from a student. He was showing us that ideas mattered, and our ideas mattered, and they were worth a lot of energy and thought to explore and develop, rather than the previous rote work of other classes.

This inspired me to spend a lot of time and energy on the development of ideas – like my extended essay, which became a short book on the meatpacking industry, my college thesis refuting the notion that young people these days are apathetic or disengaged, and the idea for a non-profit to support schools in closing race and income access gaps to programs like the DP.