Mason Ji graduated from Interlake High School, Washington, US with a bilingual English-Chinese IB diploma. He later completed his BA in Global Affairs and Political Science at Yale University and MSc in Global Governance and Diplomacy at Oxford University. He has worked at the United Nations as a member of the Republic of Seychelles delegation and served as a White House ambassador for Asian Americans and Pacific Islanders. 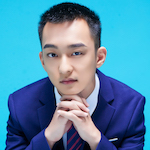 In 2013, at 18 years old, I started working at the United Nations on the issues of nuclear disarmament, human rights, and climate change (particularly financing) in the General Assembly Main Committees. As a young diplomat, I sought to bring a new pair of eyes to the room to observe, understand, and evaluate existing approaches to diplomacy and crisis-management. My time at the UN was magical—being at the center of global decision-making and making a difference, no matter how small, to people’s lives across the world has been an incredible journey.

"It has been an amazing privilege to help give a voice to those who previously had none."

Furthermore, my UN experience has led to something more: a passion for advocating for those less fortunate. In 2015, I was named a White House Ambassador for Asian American and Pacific Islanders to help address underprivileged minorities’ concerns and engage more minority youth in the policymaking process. It has been an amazing privilege to help give a voice to those who previously had none. I reached where I am today and came upon my current career by never throwing away any opportunities and forging onwards even when I hit seemingly insuperable roadblocks—lessons I learned from IB. My message is this: you are never too young to start making a difference.

I originally decided to pursue an IB diploma because of how wide-ranging the IB subject areas were, which, to me, was important for obtaining broad and solid secondary education. More than anything, I believed that the IB program taught a strong problem-solving approach and cultivated essay writing and communication skills, all of which are crucial for succeeding in today’s fast-paced and global society. I realized early on that, in any field, be it STEM or humanities or social science, communication and essay writing were becoming critical, and IB’s emphasis on precisely these areas drew me to the IB Diploma Programme (DP).

How did your IB learning impact your learning later on?

The IB was life-changing for me. I arrived at Yale and quickly realized that I already had the skills to succeed in any class I was taking, be it fractal geometry or philosophy. The reason why I did so well academically was because of the skills I developed from the IB—they enabled me to quickly comprehend and solve the problems that I encountered in all my courses in college and beyond, allowing me to take charge of my own education and take flight.

For me, it was my theory of knowledge (TOK) teacher, Mr. Daniel Becker, who inspired me the most. Mr. Becker was and is a very charismatic teacher, and someone who is grounded in real life, who cares about his family and his students. He was always there for us. I aspired back then, and still do now, to be like him—someone who cares about the bigger issues, but remains solidly in touch with the concerns and emotions of those around me.

"TOK was the most memorable subject for me because of how different it was from everything else we were learning."

TOK was the most memorable subject for me because of how different it was from everything else we were learning. It taught me to relinquish my previously held conceptions and question how knowledge is gained and why we see the world the way we do. For me, it was the first time I had to tell myself to take a step back and look at the bigger picture, rather than diving in and learn the details. Having the chance to look at the broader framework, reconfigure my studies, and question whether or not my previous assumptions were correct was a truly special experience.