Marc Brunssen received his IB diploma from the Schule Schloss Salem in Germany and continued his studies at the London School of Economics. He now works for the Boston Consulting Group and is an MBA candidate at Stanford University, California, US. 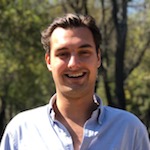 I grew up in a small town in Northern Germany. My world was small, and my horizon did not reach much farther than the next town. When I was 16, I decided to spend a school year in the US. This experience changed my outlook on life: I realized that there was more than the small school in my hometown. Upon my return to Germany, it was clear that I wanted to explore more, get challenged more, and grow more. This is why I joined Salem International College, 800 kilometers away from my home, to pursue the IB Diploma Programme (DP).

Tell us about how you reached where you are today.

The DP and Salem gave me an important head start to my academic and professional life, but I realized how lucky I had been in getting into Salem on a scholarship. Without the IB, I would have hardly been accepted into my college and had the opportunities that had suddenly appeared in front of me – even more, I wouldn’t even have applied to my college in the first place!

In a way, the circle had closed for me: the DP helped me so much and now it was my turn to support others.

So, I wanted to give something back: I founded a company that produced digital textbooks for the IB Diploma Programme. From the income we made with this company, we brought digital textbooks and laptops to public schools in townships in Namibia. In a way, the circle had closed for me: the DP helped me so much and now it was my turn to support others.

Nowadays, I work for the Boston Consulting Group, supporting private and public sector clients. At this moment, I am pursuing an MBA degree at Stanford University. Being back in “school” is fascinating and a lot of the critical thinking skills that I first picked up in the DP are now being challenged again.

A challenge I think a lot about at Stanford is how artificial intelligence will change the way all of us work and interact in the coming decades. Many if not most jobs might look very different in the future. What will this mean for politics? Will citizens follow backward-looking leaders who promise to restore the old, certain world? Or will people embrace the changes and challenges and try to shape them, collectively, in a positive way?

Before starting the DP, I had always had decent grades and succeeded in school without much effort. But the first test I wrote in Mrs. Gurlitt’s IB history HL (higher level) class was marked in red all over when she returned it. “Let’s talk”, she had written under it. I was scared. Maybe the DP and Salem were a whole different level and I just wouldn’t be up for it? When we spoke, Mrs. Gurlitt helped me to understand that I was not alone, there were many others with their own concerns and questions in the DP—and that I could always count on her to support me to achieve my potential. She had given me the grade to wake me up, to remind me to work hard. And hardworking I became.