Jon Kessler is the President and CEO of HealthEquity, managing the company's day-to-day operations and leading the Board of Directors. He joined HealthEquity in 2009. 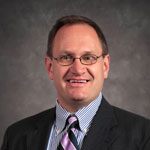 Jon is the founder of WageWorks (NYSE: WAGE), a provider of tax-advantaged programmes for consumer-directed health, commuter and other employee spending account benefits. During his tenure as chairman and CEO from 2000 through 2007, WageWorks was named to the Inc. 500 list of US private growth companies three consecutive years, growing from zero to nearly $100m in sales. Jon was also previously a senior economist in Washington, DC, specializing in employee benefits and environmental taxation during the Clinton and Bush (Sr.) administrations, and a benefits taxation specialist at Arthur Andersen, LLP.

Jon holds a master's degree in Public Policy from Harvard's John F. Kennedy School of Government and a bachelor's degree from George Washington University in Washington, DC. He holds a US patent for inventions covering methods for electronically adjudicating pre-tax healthcare and other expense transactions. Jon is an advisory board member of the Innovation in Insurance programme of the University of South Carolina's Moore School of Business.