Roger M. Peel served as Director General of the International Baccalaureate® (IB) for 15 years, from 1983 until 1998. 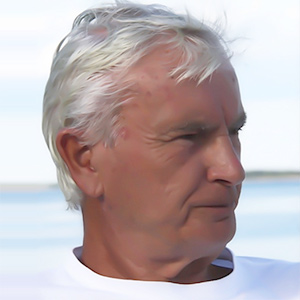 A British national, he was appointed from outside the organization and moved to Geneva to take up the post, benefitting from the chance to consult from time to time with the IB's founder and first Director General, Alec Peterson.

On Roger's arrival in Geneva, it quickly became apparent that urgent attention needed to be given to the shortfall in revenue, the procedures for admitting new schools and the liaison with universities around the world that were starting to receive applications from increasing numbers of IB students each year. Planning meetings were arranged with the regional directors in order to ensure uniform administration of the IB's international agenda. Above all, it was agreed that careful growth should be encouraged while taking the steps necessary to avoid compromising the high academic standards that have aways been the hallmark of the IB's approach to teaching and learning. This meant walking a fine line, monitoring progress carefully and resisting the temptation to accept more schools than could be accommodated at that time as a means of generating additional revenue.

During Roger's time as Director General, the evolving success of the Diploma Programme (DP) prompted a number of schools around the world to adjust their curriculum for the middle and primary years. Ad hoc groups of teachers and administrators got together on weekends and at professional meetings, often at their own expense, to consider new approaches to learning for the benefit of their younger students.

This led to the adoption of the Middle Years Programme (MYP) and the Primary Years Programme (PYP) by the IB. Those responsible for the development of the MYP, and the PYP three years later, felt that for each programme to flourish, it should be carried forward and managed by professional staff. They approached the IB and, in both instances, the response was to appoint new IB staff, often from the schools that had participated from the start in the creation of the two projects.

Under Roger's leadership, the IB began implementation of the MYP in 1994. It was followed by the PYP in 1997.

Before joining the IB, Roger had been a member of the foreign language faculty of Middlebury College, Vermont, USA, starting there in 1969.  In 1973 he became the college's Director of the Language Schools.   In that capacity he took on occasional consulting assignments for the National Endowment for the Humanities in Washington and the Educational Testing Service (ETS) near Princeton.

One such mission involved an external review of the in-house language courses for staff members and distinguished visitors at the World Bank and the International Monetary Fund in Washington, undertaken in collaboration with a professor of Linguistics at Cornell University.

Roger holds a Bachelor's degree in modern languages from Manchester University.   He was awarded  his PhD at Yale in 1966, where he was appointed Assistant Professor and Director of Undergraduate Studies for Spanish, Italian and Portuguese, occupying the post from 1966-1969.